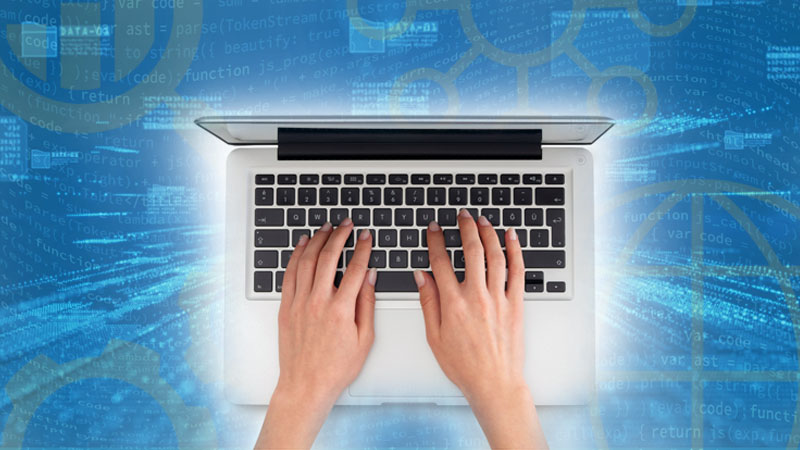 On a typical night in Anytown, USA, countless families, friends and individuals are hanging out in their living rooms and binge-watching Netflix. As they settle in for a relaxing evening in their respective residences, few if any of them are likely thinking about how their current situation may have been shaped by data scientists.

For starters, the price they paid for their homes could have been influenced by Zillow’s estimate of a home’s market value known as a Zestimate, a proprietary calculation based on past sales, mortgage records, tax assessments and building documents, including the age and size of the home. Once all the data gets crunched and calculated by a computer program, the Zestimate — which has a nationwide median error rate of 1.9% for on-market homes — is produced.

When it was time to select what to watch on Netflix, data scientists may have been working behind the scenes yet again. After users create Netflix accounts, they are asked to choose a few titles of interest to jump-start their recommendations. Once they start using the service, the titles they watch continue to shape and drive the recommendation system. Netflix then takes feedback from every visit subscribers make to its service to continually re-train its algorithms to predict what they are most likely to watch. According to Netflix, “Our data, algorithms and computation systems continue to feed into each other to produce fresh recommendations to provide you with a product that brings you joy.”

So how is this joy created? To some extent, that would be the result of data scientists performing techniques supported by programming languages engineered to create a standard form of commands that can be interpreted into a code understood by a machine. In simple terms, programming entails giving a computer a series of instructions through text that tells it what to do. Serving a variety of functions, such as data visualization, statistical analysis and data science, programming languages are regularly used by data scientists and other professionals in numerous sectors, including research and academics, information technology, finance, e-commerce, social media, banking, healthcare, manufacturing, and government. While there are a variety of programming languages to choose from, and Zillow, Netflix and other organizations will probably not disclose which ones they employ or the details of their formulas, Ryan Harrington’s occupational language of choice is R.

“R was developed for statisticians by statisticians and has become an extremely popular language, especially in the last 10 years or so,” said Harrington, an associate director at the Delaware Data Innovation Lab (DDIL), where he develops data science projects. “R was my first language for data analytics, and I fell in love with it because it makes hard tasks simpler and solves problems for me every day in doing my job.”

Previously the lead data scientist at CompassRed Data Labs and a high school math teacher, Harrington is excited to be returning to education and sharing his on-the-job experience and knowledge by serving as the instructor of the new Foundations of R for Data Analysis Certificate program offered by the University of Delaware Division of Professional and Continuing Studies (UD PCS). Presented live-online on Monday evenings beginning Sept. 27, the eight-week course does not require any programming experience and welcomes anyone interested in learning to utilize the R programming language in order to perform data analysis in a work context to enroll.

“When I started my own personal data journey, I really had to learn by trial and error,” said Harrington. “My master’s program in business analytics was phenomenal, but there wasn’t a course to learn the basics of R. If I had a course like this in week zero of me becoming a data scientist, it would have accelerated me through some of the growing pains I had to go through on my own. Everything that I am teaching is something that I wish I had learned when I was beginning my career.”

By focusing on practical applications, learning by doing and leveraging a community, Harrington has designed the class to operate in a format he would have most benefited from as a novice learner.

“This is definitely not a theoretical course; this is a practical course,” said Harrington. “Everything the students do will be focused on how can they take it and use it the next day at work, in their lab or in school. This is not something that can be learned by people lecturing at them. We will be coding within the first hour of the first class.”

Treating data science as a team sport, the students will be working together and sharing code with each other. Beyond the class, Harrington is hoping to connect the participants with the rich community of coders across the world and also build a smaller community that can last beyond the course.

Anyone considering a career in data science or data analytics is a prime candidate for UD’s Foundations of R for Data Analysis Certificate program. The wide range of people who can be aided by the class also includes, but is not limited to, Microsoft Excel users looking to switch to more programmatic ways of completing analyses, current college students needing to utilize R for future coursework, journalists looking to produce compelling data visualizations, and scientists wanting to create reproducible reports.

“At the end of this course, students will be past the beginner level of R and inching their way toward intermediate status,” said Harrington. “My goal is to make it easier for people to take their learning in whatever direction they want to. There is so much more to learn, but by having the foundations of R, this will make that learning so much easier.”

Discounts are available for the University of Delaware’s Foundations of R for Data Analysis Certificate program. For more information, visit pcs.udel.edu/foundations-of-r, email continuing-ed@udel.edu or call 302-831-7600.